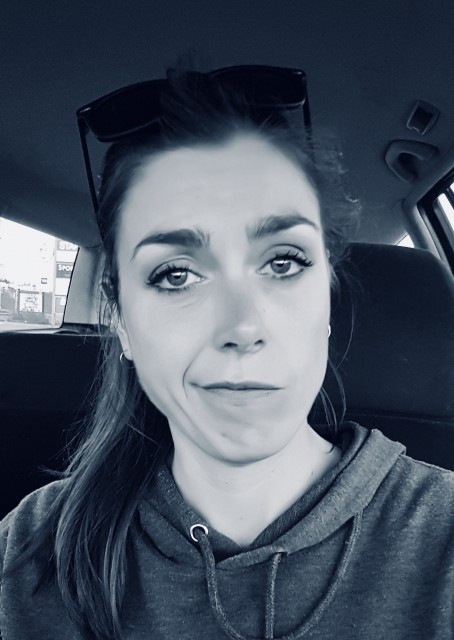 This whole journey began back in the summer of 2018 with red blood in my crap, copious amounts of it. Initially I wasn't overly worried because I was still recovering from the WORST case of hemorrhoids I had ever experienced. Using the washroom was quite literally excruciating. After several months of using prescription cream however, the hemorrhoids did heal but the blood continued and I began to notice blobs of mucous as well. I googled my symptoms and the interwebs told me I had cancer. "Jesus christ man, what??? No... that's just fear, I'm sure if you google any symptoms you have, cancer would be on the list of possibilities" I told myself, but I had a sinking feeling in my gut.

I made an appointment with my doctor, told her about my symptoms and asked for a colonoscopy to see what was going on with my insidey parts. An appointment was made for me at the Hospital. I was NOT looking forward to this. I had been having severe issues with bloating and intestinal discomfort for months.. even eating had become painful.. and I was not looking forward to all of the PICO-SALAX I had to drink to clear my bowels out. I figured it was going to be complete and utter gastrointestinal hell. A few days before my appointment I began the "clean out" procedure. I asked the universe to please help this be an easy process for me because to be honest, I was scared. Miraculously, the PICO-SALAX beverages did not make me feel sick at all. I was a little testy only being able to eat jello and broth all day but it did make for some interesting liquid poop jokes.

The morning of April 11th, my friend Jonathan took me to the hospital for the procedure. I was surprisingly relatively calm about the prospect having a "robot" shoved up my ass. However, once the nurse put the cannula in my hand (for putting the medication in) things began to change. I absolutely DO NOT like needles and seeing one shoved in my hand under clear tape made me woozy. I sat in the waiting room with my 'needled up' hand hanging off the side of the chair and out of sight. Suddenly, I became aware of the heavy scent of cigarette smoke on someones clothes and looked to the left of me where there were two very sick people rolling in pain, groaning on cots and throwing up. "Did they just come out of the same procedure?" I wondered. Then I started to get waves of nausea. Jonathan told the nurses I was going to puke and they got me a puke bag. As soon as the bag was in my hands I realized that I was actually gong to pass out, AND QUICK. Jonathan and the nurses helped lift me into a chair with wheels and everything went black.

Coming to was like a scene out of a movie. As my eyes focused I could see a Jonathan and a team of hospital staff wheeling me into a room and staring at me. "What the flip is going on??" Then I remembered.

Passing out was actually the BIGGEST blessing because it put my body in a state of complete ease and lack of resistance. The nurses helped me onto the bed where I laid in peace looking forward to the drugs they were about to inject into me. They got me on my side and began pumping drugs into my hand. All I remember hearing was "Ok give her the fentanyl now"... "Huh, wait, the what?" Then I was out.

I came to towards the end of the procedure and could see some sort of a weird growth on the screen (the polyp) with something that looked like the Demogorgon from show Stranger Things biting off chunks of it. The drugs were good and I was entirely calm. I don't remember much after that. They took me into a room to fart for 40 minutes afterwards but I barely remember anything other than I felt relatively peaceful, thought farting was funny and was SUUUUPER pumped to go to the local A&W because damnit, I was hungry!

After A&W Jonathan took me back to his place where I rested relatively peacefully on the couch for the rest of the day and zoned out watching people do weird and creative things on an app called Tik Tok. Later on that evening however, as the drugs wore off anger began to SURGE through my body with incredible intensity. I wasn't even sure where the anger was coming from but man I was PISSED! I didn't know what to do or how to direct it so I just laid there for hours feeling my anger and watching a few videos on how to deal with anger on YouTube. Eventually after what seemed like hours I drifted off to dreamland and the next day life returned to normal.... for about a month.

"you have cancer. it sucks"
The cancer chronicles