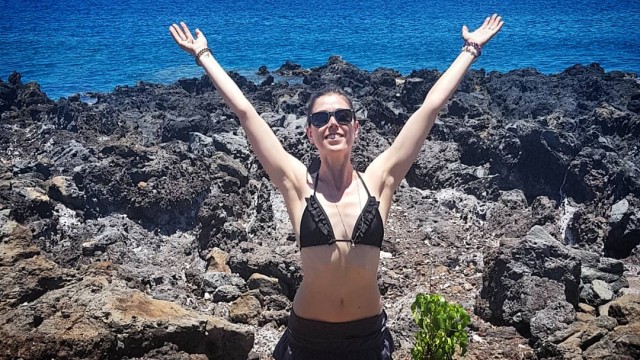 Well, talk about instant transformations... Ho'oponopono is where it's at! This was a day of beauty and forgiveness.

On the morning of the Summer Solstice (June 21st, 2019) Lew, co-owner of Kokolulu Farm & Cancer Retreat taught myself and the interns (Courtney and Anna) about the Ho'oponopono, an ancient traditional healing method that has been used on the Hawaiian Islands for generations. This was not the first time I had heard of Ho'oponopono but I had never been taught its meaning and use in depth before.

So what is Ho'oponopono?

Essentially it is a method of forgiveness, reconciliation and a way to let go of resentment towards another person that is achieved by using the mantra: "Dear X (persons name), I'm sorry. Please forgive me. Thank you. I love you." It is defined in the Hawiian dictionary as a "mental cleansing" or to "put to rights" and is said to release memories that show up as problems in our every day life.

So why the heck would you apologize, ask for forgiveness, thank and say I love you to someone who has hurt you? The real underlying reason that healing occurs here is because when you forgive someone else, you actually forgive yourself. This resonated with me because I believe that everything in our external is a reflection of something internal, be it in our awareness (conscious) or not (subconscious... lots of hidden memories live here). I also believe that (although it is not obvious in our day to day lives as individuals) we are essentially all one in essence... just different fractal expressions of the same consciousness.

One nice thing about the Ho'oponopono is that the person you have discord with does not necessarily HAVE to be there. This was very helpful for me as in some cases it is impossible or unlikely to be in contact with the people whom have hurt me, or for my own mental stability, I just do not wish to be in contact with them. Also, let's face it.. if we are honest, most of the people in our lives have hurt us in some capacity at some point or other and it would take 'forever' to make time to say this to each and everyone of them face to face. Also, just because someone hurt us does not mean that we don't still love and care about them.

To do the Ho'oponopono, myself, Courtney, Anna and a local friend of the Lew's named Malama went to one of many sacred places on the island called Lapakahi State National Park, an ancient fishing village in North Kohala. It is said that there are many healing crystals buried on this land. I was in awe as soon as I seen it. The remnants of the black lava stone walls that once held the life and livelihood of the village made my skin tingle. I could imagine what it was like after the early settlers who had arrived 6-700 years ago cultivated the land and fished from the rich sea. Magical.

Before beginning, all four of us went to the coast where beautiful lava outcroppings reach into Koai'e Cove (a marine life conservation district) and each spent some time alone 'going within.' I knew at my core this was going to be a VERY transformative experience. I felt tears welling up inside of me. I had this deep knowing that this was going to free me of a good chunk of emotional distress. I made an offering of hibiscus, ceremonial tobacco and an apache tears crystal (a type of black obsidian used to heal grief and clear negative emotions which had been gifted to me by my dear friend Bahia at the beginning of my healing journey) into the ocean. Lau'i pala's (yellow tang's) one of Hawaii's most iconic fish darted beneath the ocean ripples that carried away my offering.

After going within, the four of us walked further along the trail to a spot just past a historic Hale (a reconstructed house made of bamboo and pili grass) and paired up in groups of two. I partnered up with Anna, and Courtney with Malama. Anna and I found a shaded spot under a Milo tree overlooking the ocean and began. As Anna and I looked into each others eyes, we alternated picturing one by one the individuals we wanted to release hurt and resentment towards as we said the healing mantra and holding space for one another. We took our time and really thoroughly went through each and every person we could think of that ever hurt us because we wanted to erase ALL discord we could in the time we had. Some peoples names we said more than once... until we felt a release of tension.

As we went through our lists I began to feel a MAJOR shift take place. When my list was done I felt what I can on describe as completely and entirely renewed. A massive weight had been lifted off of my shoulders and I felt OVERWHELMED with joy and freedom. All of the 'funk' I felt since coming to treatment in Hawaii disappeared and I felt myself again. Not just myself, more than myself... a new and improved version of myself. I was overjoyed. Not even the fact that it was 100 degrees fahrenheit outside could bother me now. I lifted my arms to the sky and rejoiced in the feeling.

As we walked back to the car along the trail, Lew pointed out many other interesting features of the park including an ancient checkerboard carved in stone called a Pampu and Ma'o the native cotton plant that grows in arid costal areas. I felt so much gratitude for being in Hawaii, Kokolulu Farm & Cancer Retreat and my decision to come here.

Stay tuned for more of my healing journey on the Big Island of Hawaii! 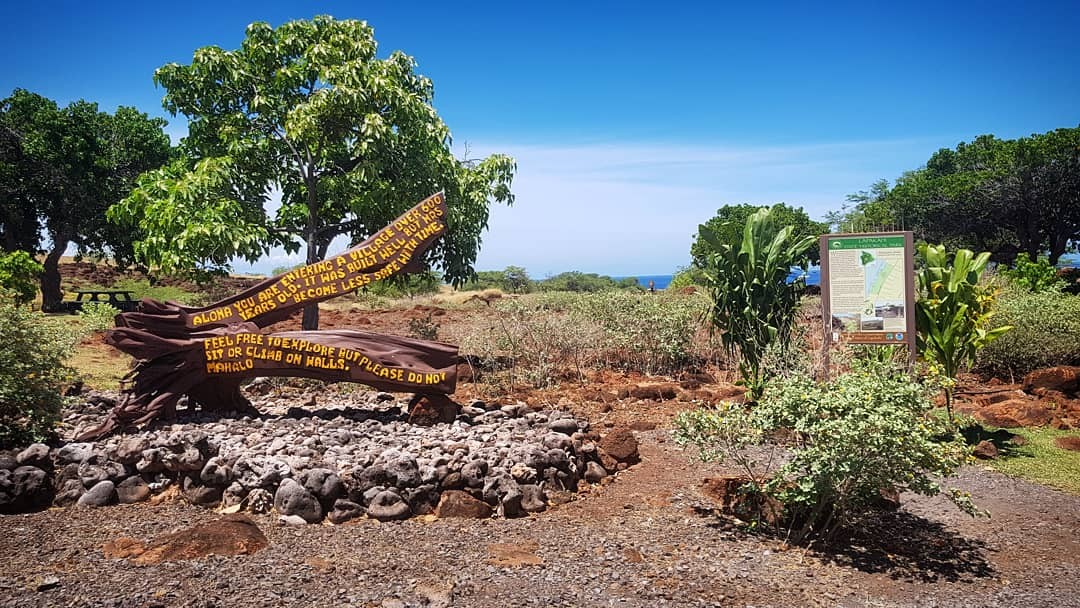 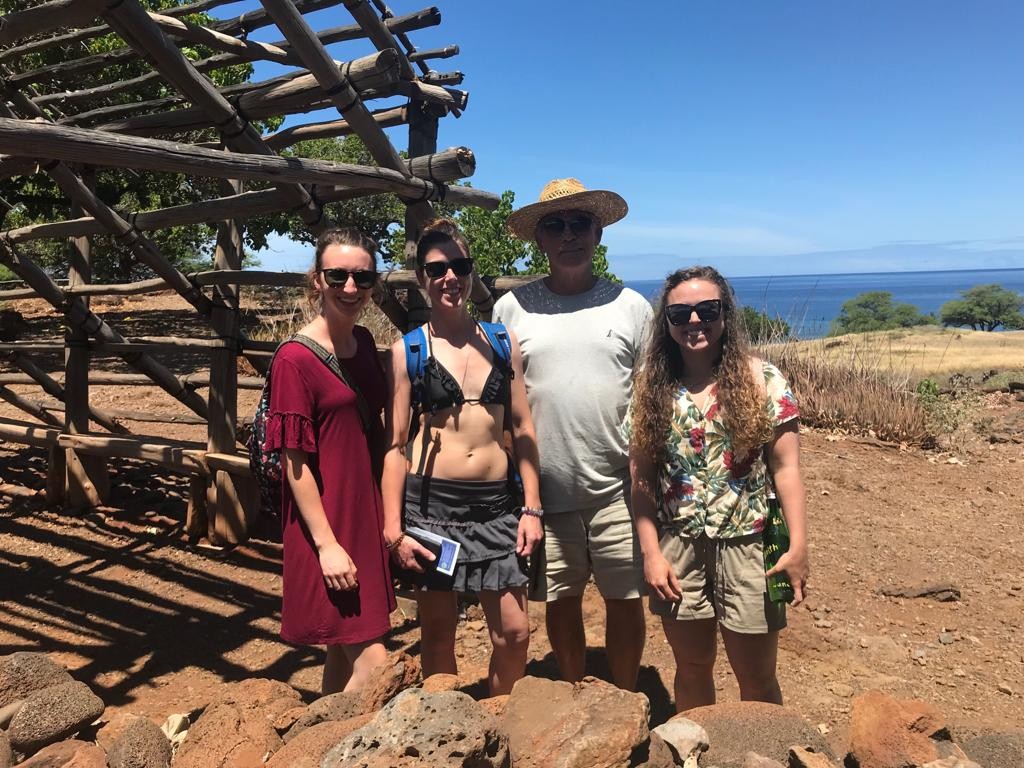 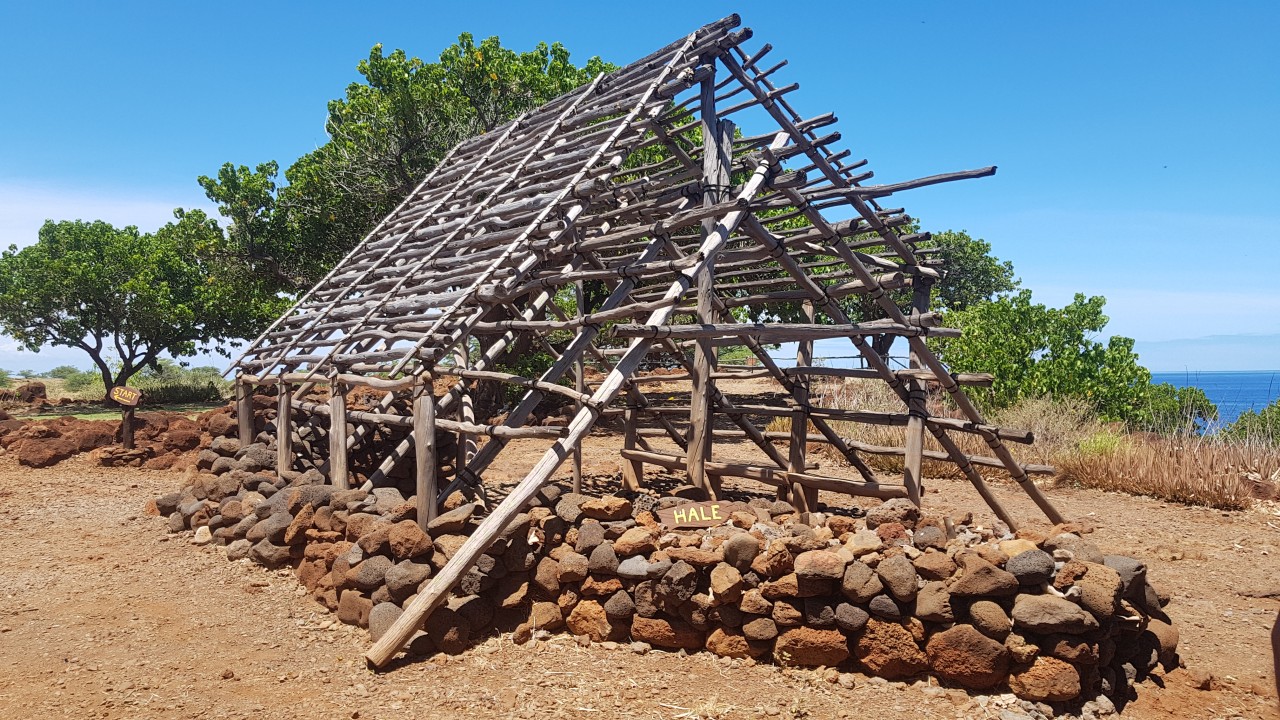 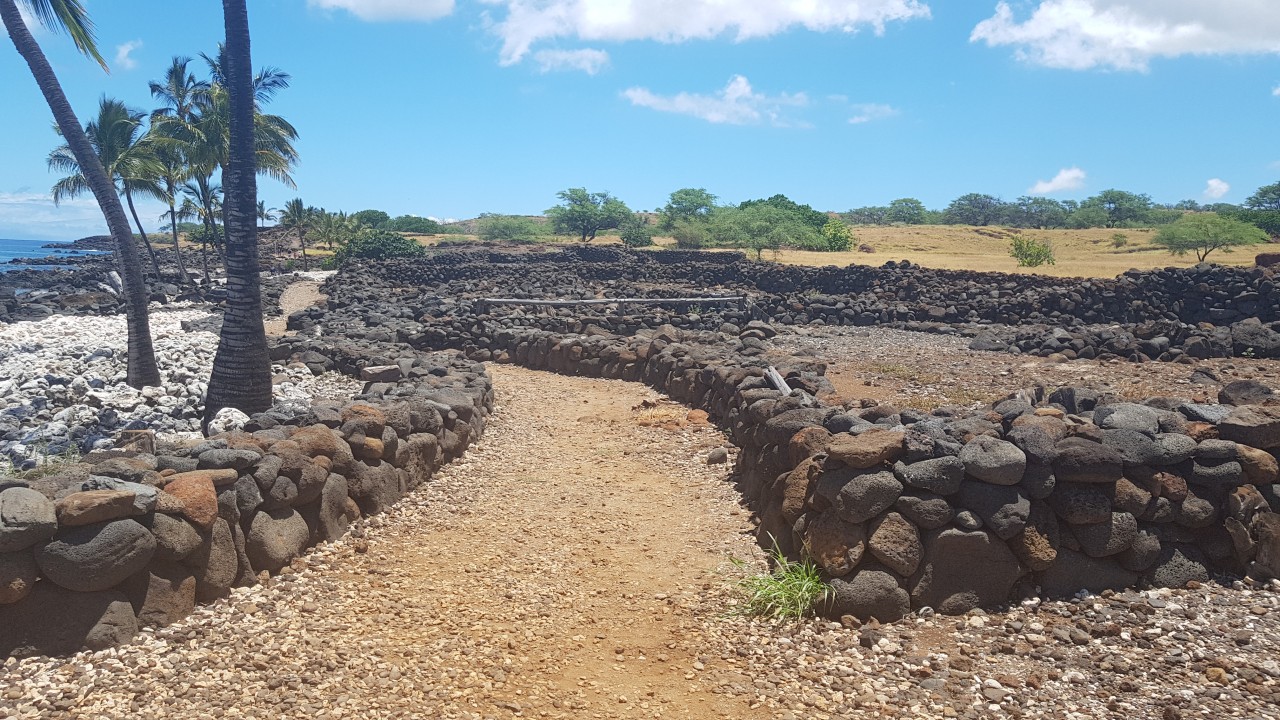 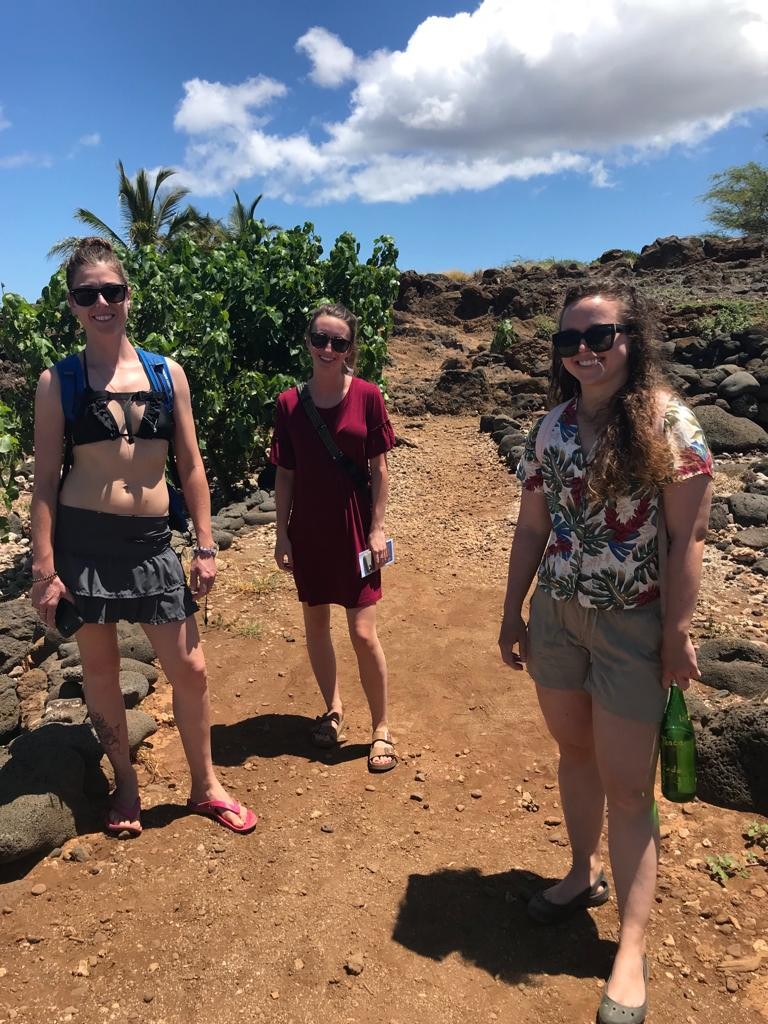 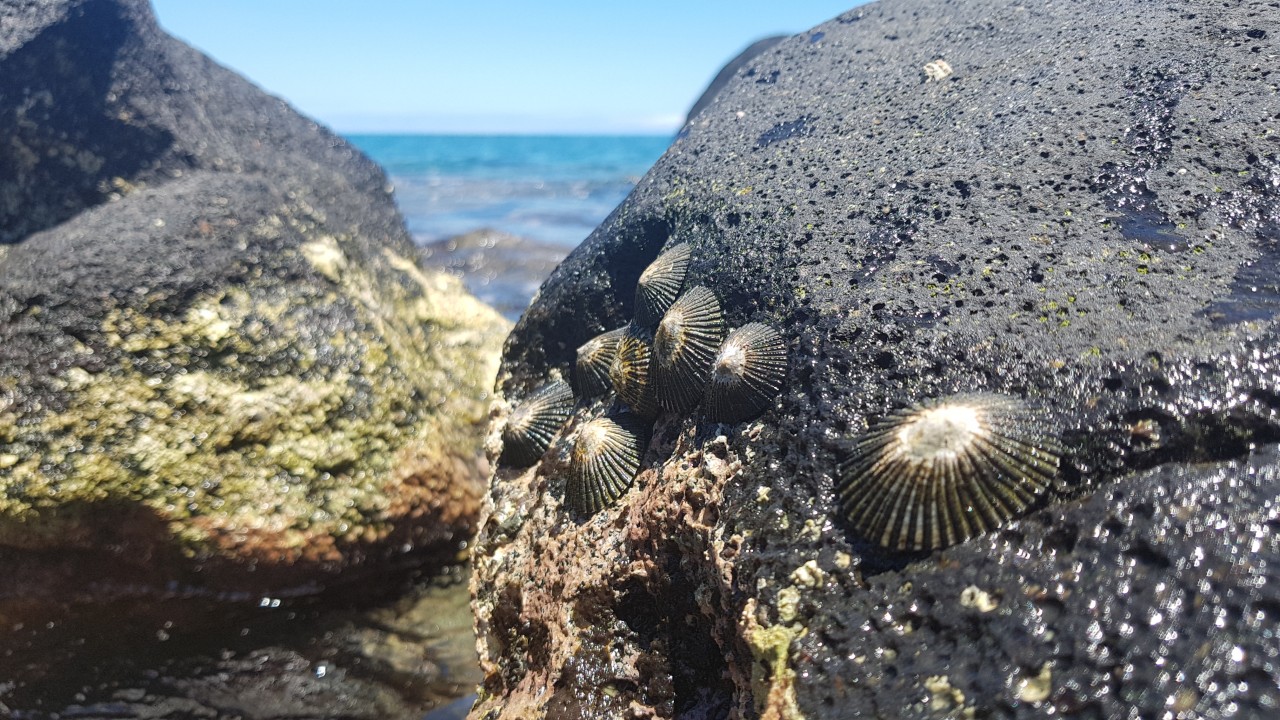 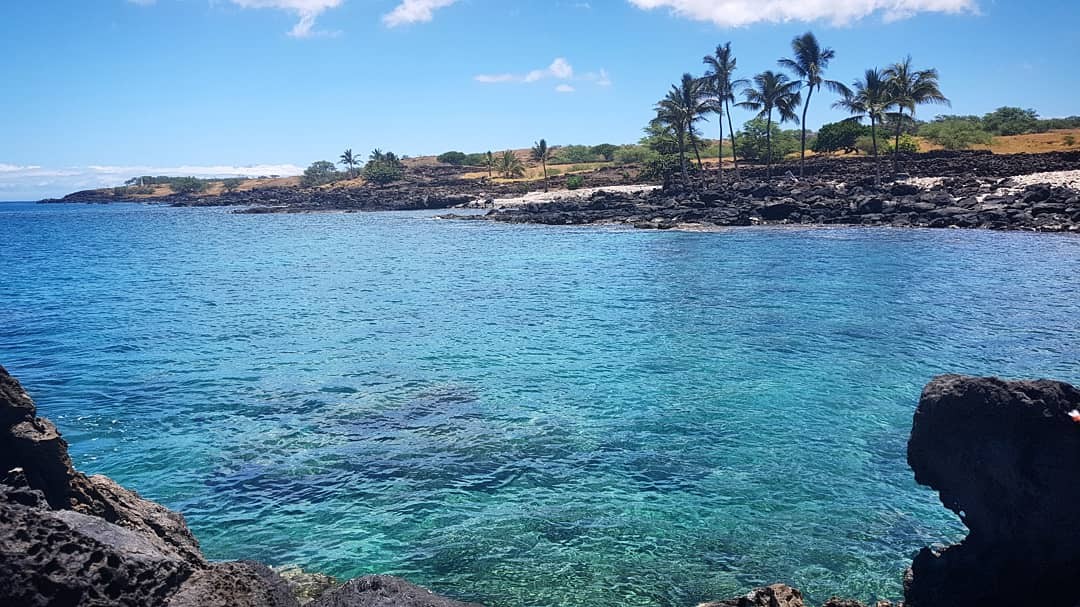 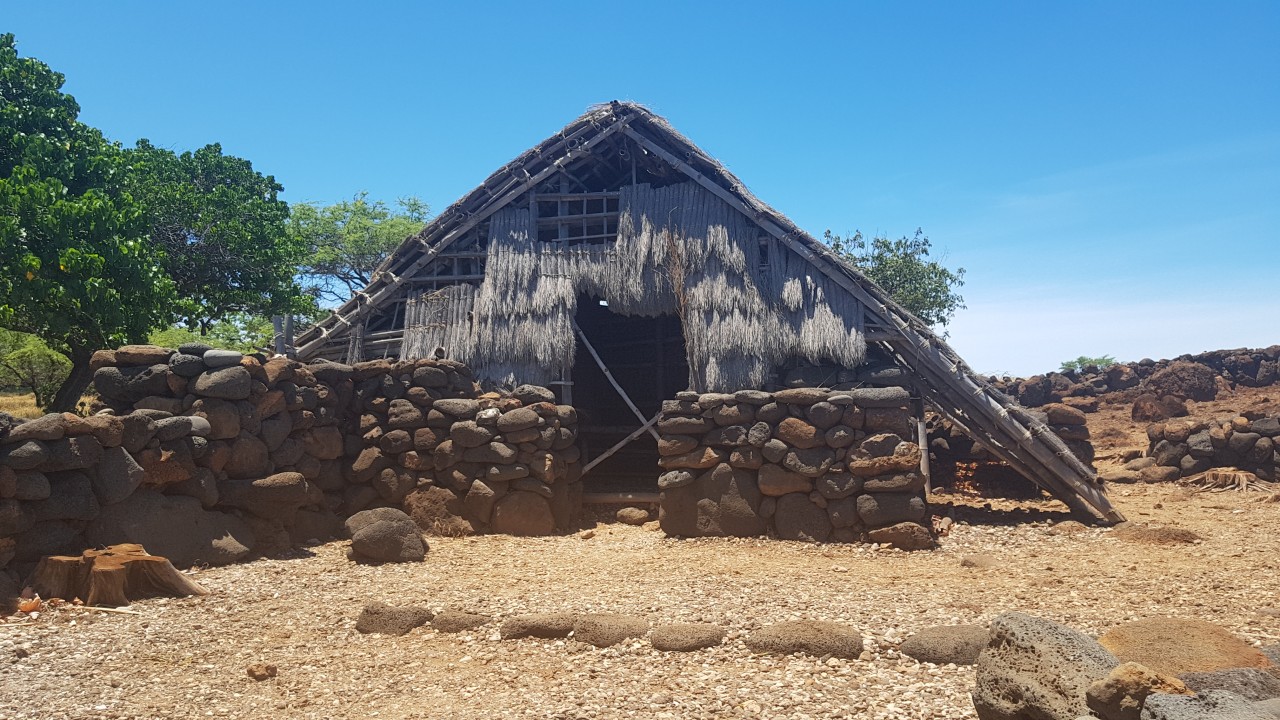 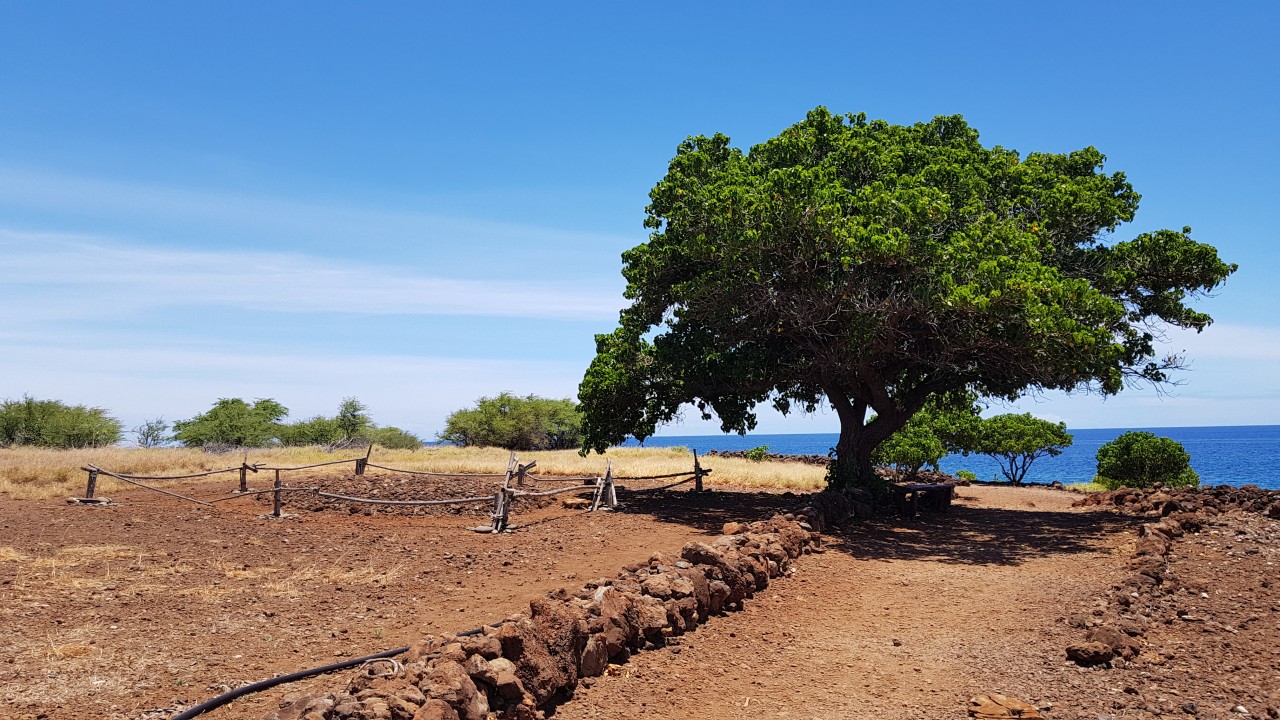 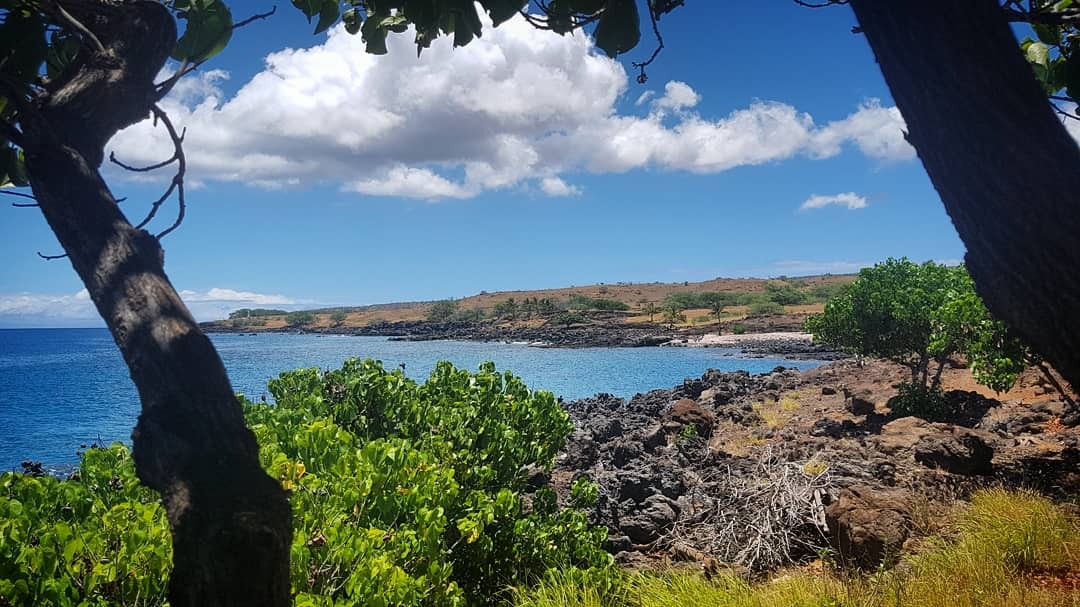 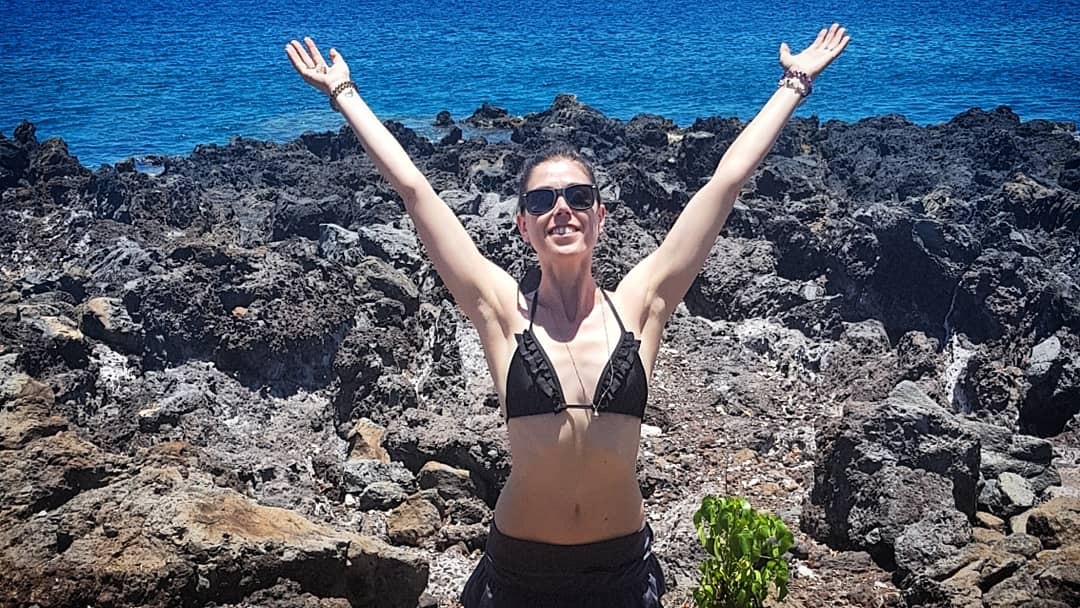 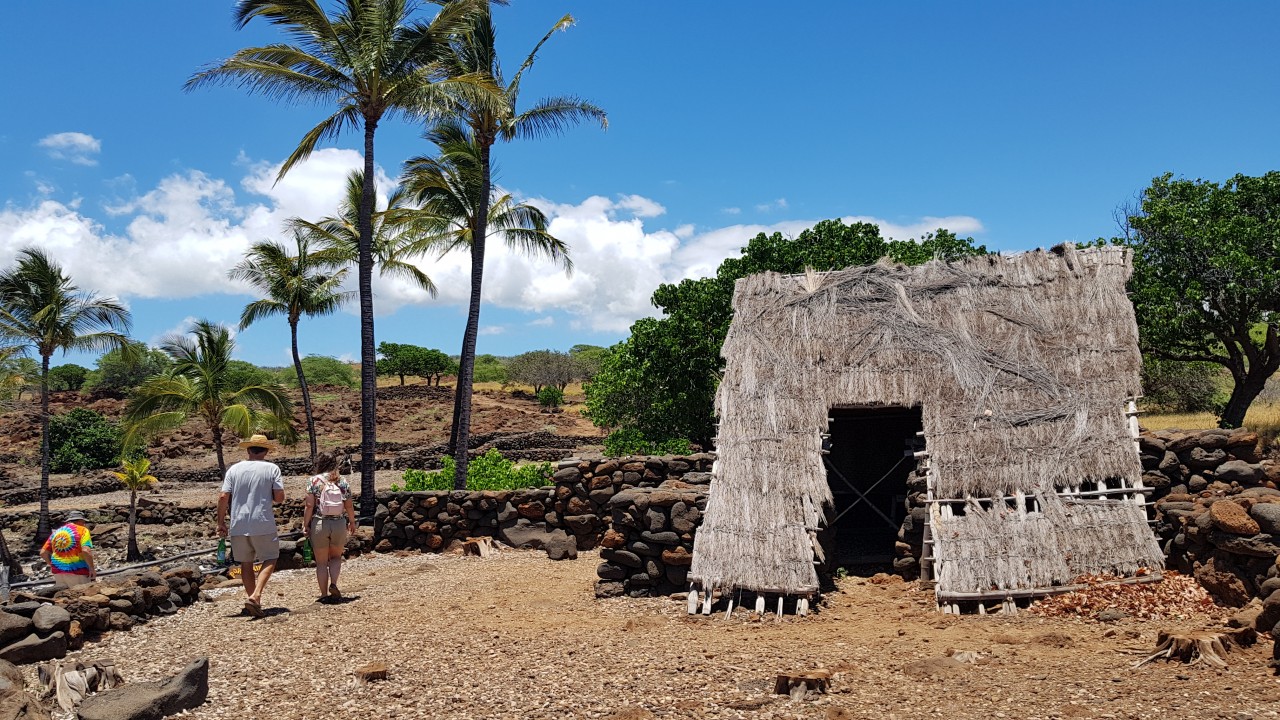 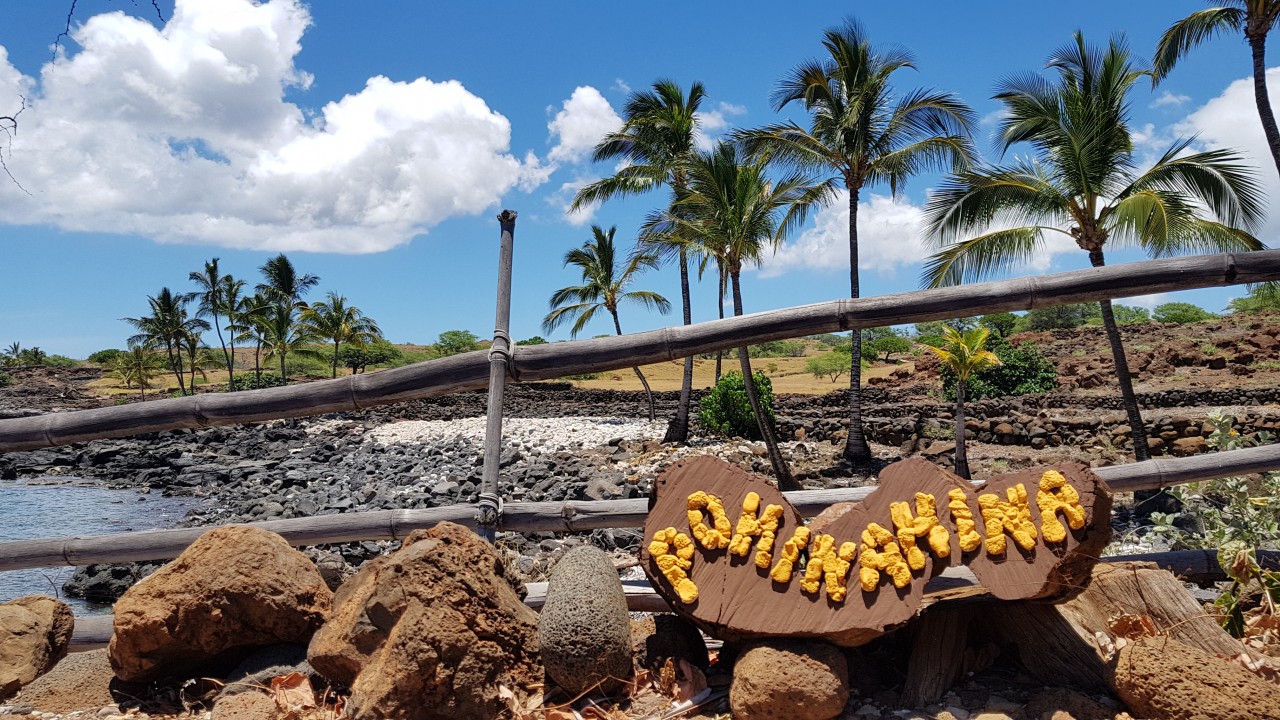 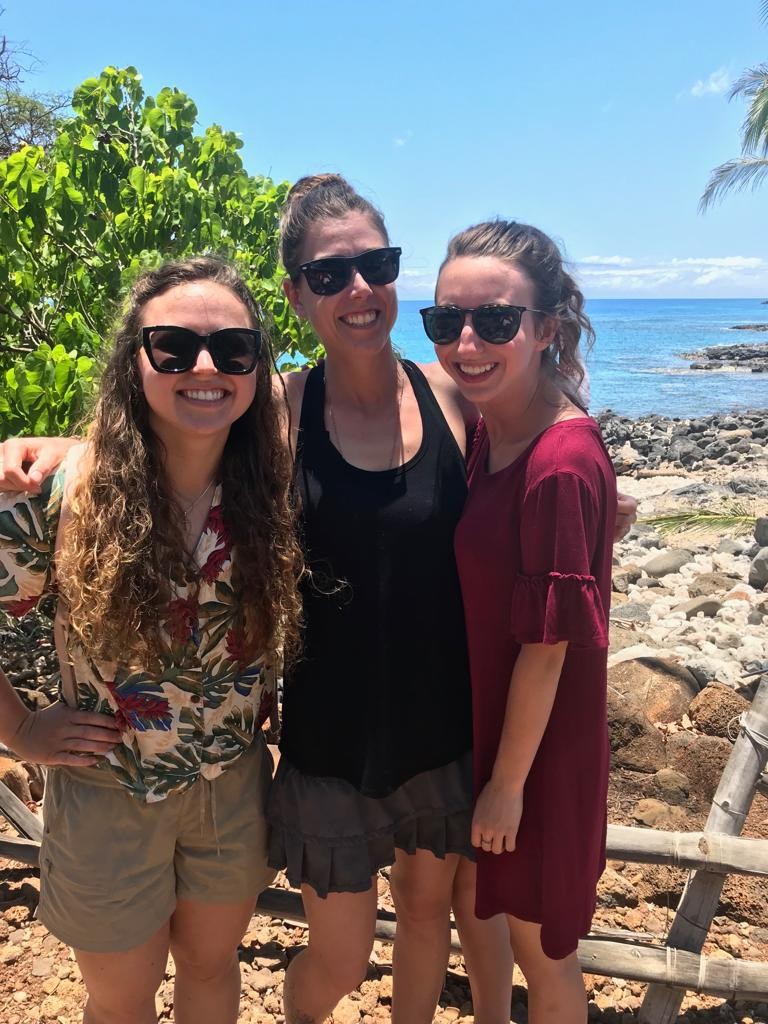 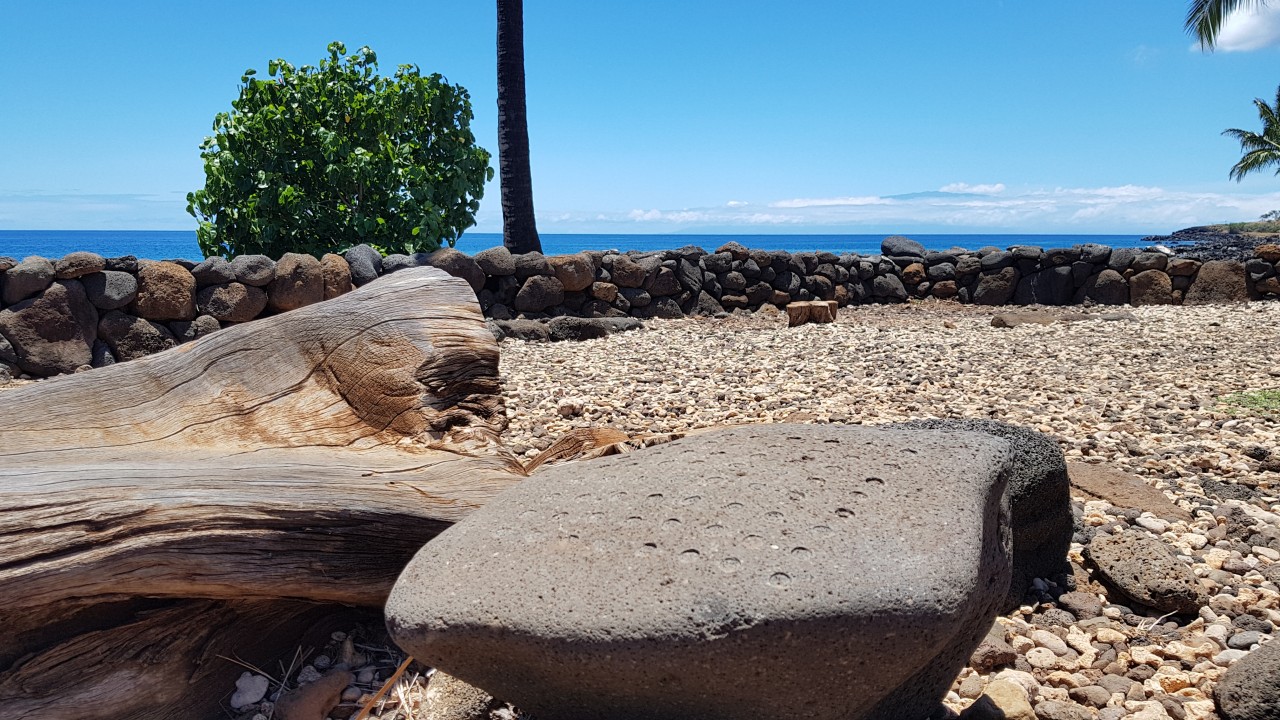 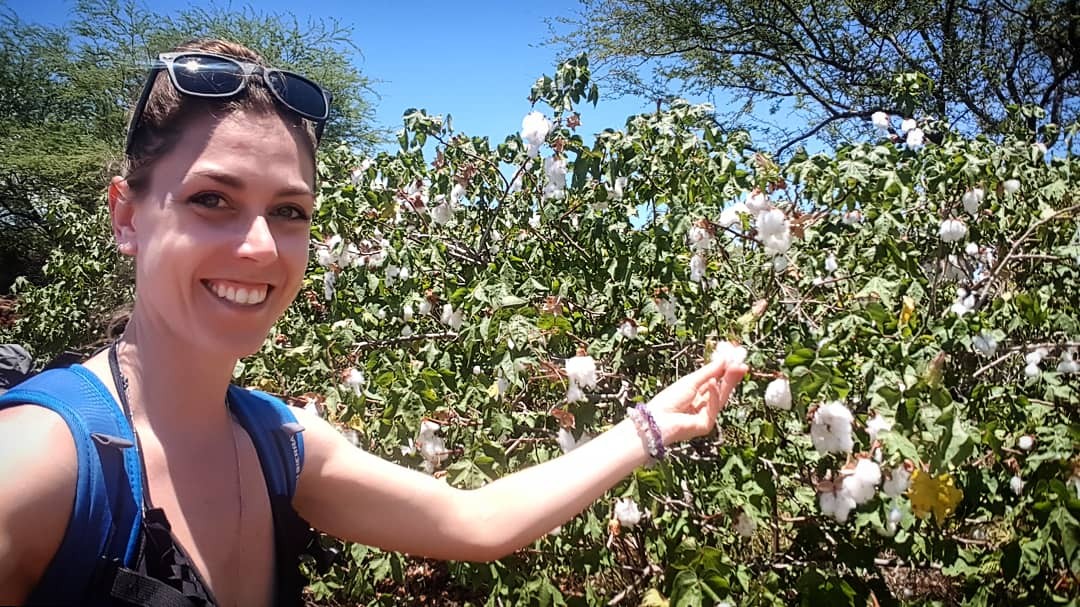 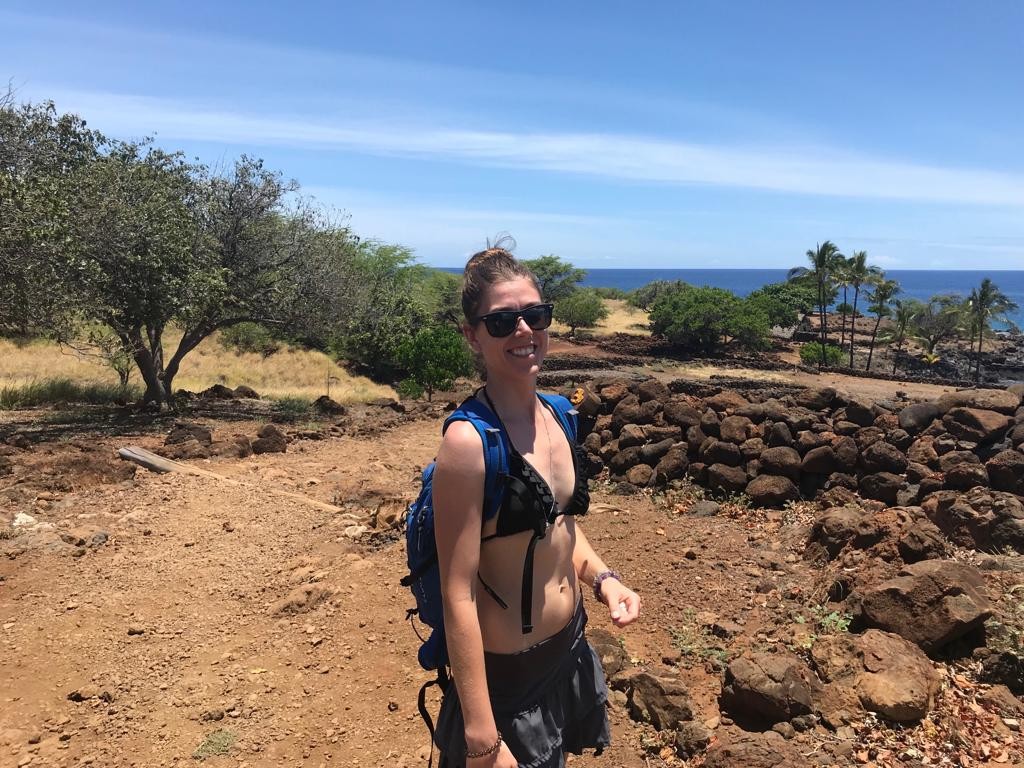 Washing It All Away at Akaka Falls
Adjusting