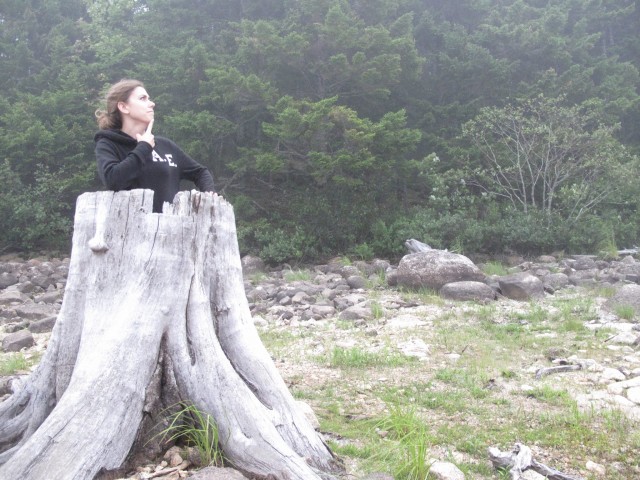 ​For the few weeks post my diagnosis of colon cancer I took a lot of time to rest, do things that brought me joy, focus on a new diet and figure out how I wanted to proceed forward. Although I was in shock, I felt right from the get go like surgery was not the right first option for me. I have been fascinated with metaphysical anatomy and extensively researching medically documented cases of people curing their own ailments since I discovered Anita Moorjani's book "Dying to be me" in 2012. I also became fascinated with the science of biology of belief which focuses on how our thoughts create our reality as taught by American Biologist Bruce Lipton and others. Through my continued and in depth research over the years I came to believe strongly in the ability of the body to heal itself given the right diet and mindset. Since this time I've always thought to myself that if I ever got a serious diagnosis like cancer, I would chose alternative methods first before opting for conventional. The more I thought about my current situation, the more I realized that that was indeed the route I wanted to take. It felt right for me.

I don't see cancer is this big death monster that it is portrayed as within the media. To me, right from the get go, I felt like cancer did not happen to me, but rather it happened for me. Everything in life is energetic vibration and I believe I became a match to the vibration of cancer because I was not living my true path. I was disowning my needs and desires and stuffing them in effort to "fit in," not hurt the feelings of those around me and to be seen as a "good" person. I was suppressing immense amounts of pain and anger and was feeling extremely resentful towards people who hurt me and situations I found myself in. Epic fail Jess! The cancer came to show me that I need to make changes. Although I worked very hard in therapy to overcome my feelings of resentment and finally (recently) made massive headway via coming to the realization that I was actually angry with myself  for disowning my own needs, the damage had been done.

A few weeks prior to the diagnosis I realized that I absolutely HATED the life I was living and wanted to sell my belongings that were weighing me down and do some travelling. All of the things I had once loved had now became burdenous chores (yes, I created a word) and it was time for a new direction. Upon realizing this, I felt IMMENSE freedom.

Contrary to the beliefs of some individuals, I am not a complete flake running from my diagnosis or putting my head in the sand pretending it do not have cancer. I did my due diligence and got well informed by my traditional Western medical health care team as to the details of my condition and what surgery would entail. What it came down to was that they believed I only had one cancerous tumor in the one and only polyp in my colon but wanted to take out a section of my bowel along with a decent number of my surrounding lymph nodes just in case the cancer had spread further than the CT scan showed. They cannot tell me what stage I am at or really anything more about my cancer until they get in and cut it out and for this reason they could not guarantee that I would not wake up with an ostomy bag. Once the surgery was complete they would decide whether I should have chemotherapy or radiation to make sure there was no more cancer lurking in my body.

In the end, I decided to follow my gut and have chosen to go to a Cancer Retreat centre in Hawaii which uses a combination of both Western and alternative healing modalities that I felt confident in. I will be the only patient during my 28 day stay with the sole focus being on my health and recovery. I fully believe at my core that this will be successful as long as I do the work involved and believe you, me... I am dedicated! When my treatment is complete and I return home, I will get more testing done at the hospital to see if I was successful in ridding myself of the tumor. I keep visualizing my CT scan coming back clear. If I am unsuccessful then I will consider my other options, surgery being one of them.

I know not everyone is happy with my decision and a lot of people who love me are afraid that I am making a big mistake and that they are going to lose me but I am grateful that 95% of the people I am in contact with believe in me and support my decision. If there is one time in my life that I REFUSE not to listen to my gut, this is it and believe me, it takes IMMENSE courage to make a decision like this.

In writing all of this I am also in NO WAY WHATSOEVER advising anyone else with a diagnosis of cancer as to what they should do. I fully believe that a diagnosis like this is different for everyone and that anyone with cancer should do what FEELS right to them. I am also not anti Western medicine or putting down anyone who chooses surgery, chemotherapy or radiation. I believe that if that is what feels right to someone else, than they should follow their gut and go with it.

Adjusting
"you have cancer. it sucks"